“We will not be scared off by imprisonment or punishment. They may arrest us, but they can’t break us. Freedom of speech is our right, as it is the right of everyone. We will continue our struggle.” – Jabbar Savalan

Whether you’re aware of it or not, everything you post on social media is being watched. While most UWC students might have the freedom to post controversial and sensitive opinions on social media, other students from around the world do not have that same privilege. Some people need to be very conscious of what they like and share to avoid the very real risk of being arrested or persecuted by their governments. Amnesty International is an organization that fights for the 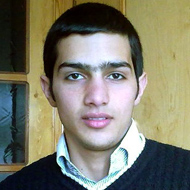 rights of these people and serves to bring them the justice they deserve. This justice includes the right to freedom of speech.  On May 4th, 2011, Jabbar Savalan was a 20-year-old student in Azerbaijan when he was arrested for organizing a protest on Facebook. Even though planning a protest is not illegal by the laws of Azerbaijan, 0.75 grams of Marijuana were placed in his jacket before he was arrested, and he was accused of drug abuse. While there was no trace of drug use within his blood when they tested him, the bag of Marijuana was enough to sentence him to 2 and a half years in prison. This act of clear injustice destroyed Savalan’s reputation, and he was released on December 26th by a presidential pardon. This presidential pardon only came after his story was featured on the Amnesty International “Write for Rights” Globe Write-a-thon. This is an event held on December 10th every year that allows people to write letters to governments to release certain prisoners of conscience. These letters that are sent to certain governments are intended to pressure them and show that the world is watching and aware of their crimes.

This may seem like a happy ending for Jabbar Savalan, but there are many more people whose stories ended up in disaster. Although Jabbar got lucky, Amnesty is working hard to gain back his reputation because the government will not admit to their false accusations against Jabbar. Every day people are blamed for crimes which they did not commit because they spoke out against the government, either on Social Media or in public. The only way this can be stopped is by taking action and joining Amnesty International in their fight to stop social injustices.

Tell us what you think! Cancel reply

This site uses Akismet to reduce spam. Learn how your comment data is processed.