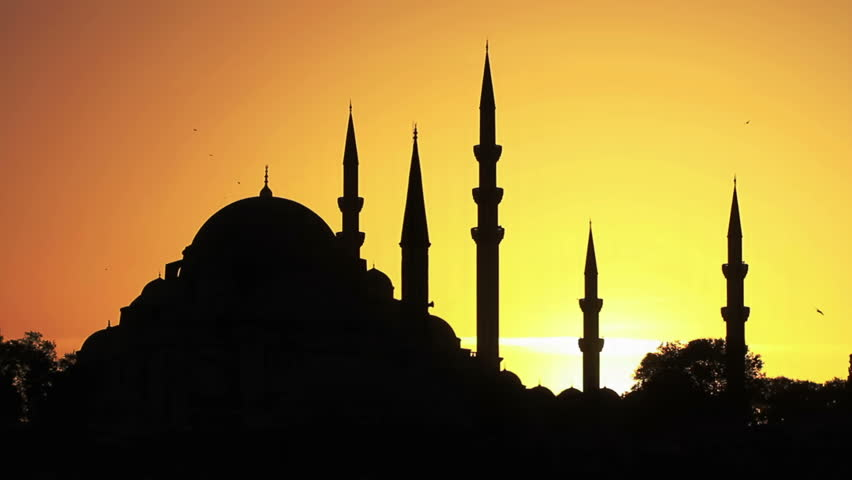 “Let us hope that one day, a hijab will not represent a hidden danger…”

“Allahu Akbar,” he sang through the staticky megaphone, the sun peaking from beyond the clouds, and pink and purple veins creeping across the sky.
“Allahu Akbar,” he shouted, as his bullets pierced through the bodies of men and women, and a choir of screams and terror rose like the tide,
“Allahu Akbar,” she yells jokingly, pretending to act like those who bring bomb blasts and the death of earthkind.

When I was little, and innocent of the world’s changing climate,
“Allahu Akbar” meant that it was time for prayer,
whether it be during the ethereal intermediate of twilight, or in the early, hazy hours of the morning,
it was a time of rest, it was a time of paying respect, and it was a time to expose your most vulnerable dreams in hopes for them to come true.
When I was little, the only ISIS I knew was the Egyptian goddess of fertility and motherhood,
and the brand of the juice cartons of my childhood.
Little did I know, what they did in the name of our religion.
Little did I know, that the world now knows this phrase to mean the mass murder
of the innocent.

When I was little, I never would have thought that a child as young as me would say,
“If something blows up, someone goes ‘Allahu Akbar,’”
That a phrase that unites millions of people worldwide five times a day,
to hope for peace and to pay respect,
is known by those who don’t know, as something that means danger and threat.
At my age, it seems that it’s okay to joke with it,
for it to lose its importance to Islam,
for it to sink into the clutches of the terrorists who claim it to be theirs to shout,
who let it be known as the bringers of death.
At my age, my mother’s whispered uttering of “Allahu Akbar” as she kneels down to pray for our family’s health and future,
now reminds children worldwide of fiery red, blatant destruction, and of playing to the Grim Reaper’s humour.

Words are shaped by the emotions of those who express them.
Whether with knives of hatred and anger as it preludes the parting of souls like the darkest symphony,
Whether with tears of grief and sorrow, as it concludes the parting of souls with a wish for a brighter heaven,
and whether with dreams and hope as it urges the clearing of clouds, and the blossoming of peace and equity,
Let us hope.
Let us hope that one day, a hijab will not represent a hidden danger,
that the color of my skin will not represent ominous plans for the future,
and the colorful lilts of my tongue will not represent an unknown threat.
Let us hope, that our voices united can express the opportunity for a better future,
that although the world burns with blood and wrath,
we can present a path for the emerging sunlight ahead.

Tell us what you think! Cancel reply

This site uses Akismet to reduce spam. Learn how your comment data is processed.